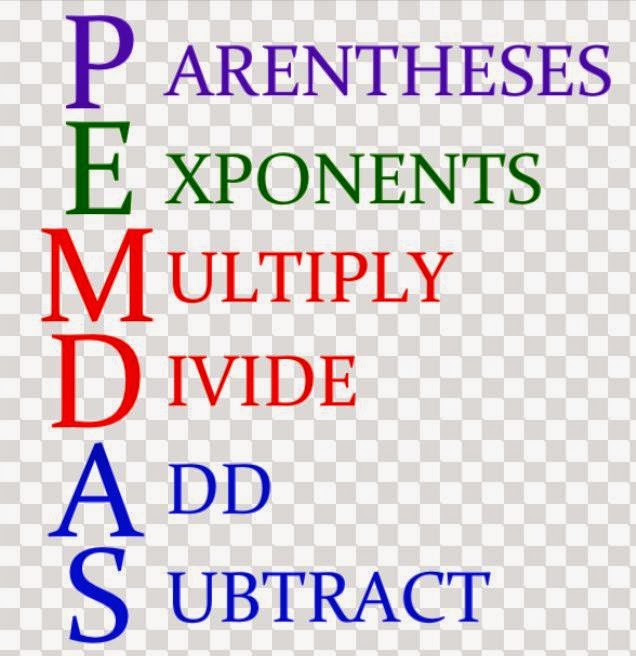 OK, so, from reading my blog, and maybe my facebook posts and twitter feed, you may have noticed that I'm slightly insane when it comes to math and number systems.  So I like solving math problems that people post on facebook.  What I don't like is being called a moron, and told to go back to school, by people who are STUPID!  PEMDAS, the Order of Operations, Always Applies!

I got so angry at the stupid people attacking everyone who has the Correct answer, and provides Mountains of Proof that they are correct, and explains, step by step, how they arrived at their answer, so I created a group on Facebook called the Defenders of The Order Of Operations!  I started inviting everyone who not only posted the correct answer, but did battle with the stupid people attacking them!  Now there are over 50 members!

I even made a youtube video where I scream PEMDAS because that's how insane and mad these people are making me!


I am so crazy about the fact that Most people can't get simple 5th Grade Algebra problems right!  And there is this widespread fallacy that if there are no parentheses, there are no rules!  You only do left to right with no rules when working with Operations of the same Type.  Multiplications and Divisions are the same type, because a Division is a Multiplication in reverse, and Additions and Subtractions are the same Type.  So 1+1+2+5+9-7, can be done left to right, or really in any order you feel like.  But when you are Mixing operations you then have an Algebraic Expression and the Order of Operations Must Be Obeyed!!

The reason this upsets me so much is that I am terrified of living in an Idiocracy!  I do not want nearly everyone around me to be stupid, stupefied, mindless drones who only do the job they are trained for, go home, drink beer and watch TV with most of their brains turned off!  It scares me Very Much that there is too much apathy, selfishness, ignorance, and Willful ignorance (which is much worse)!

It's in the 5th Grade Math curriculum in Common Core!  So you can't blame the math ignorance on Common Core.  Here are links to practice 5th grade math, PEMDAS, Order of Operations:

Here are math problems I've answered and gone insane with all the ignorance being vehemently defended on facebook: 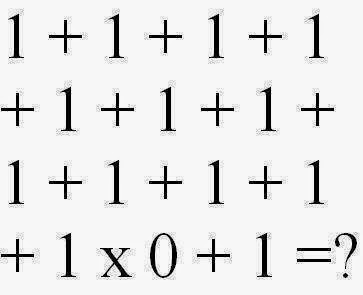 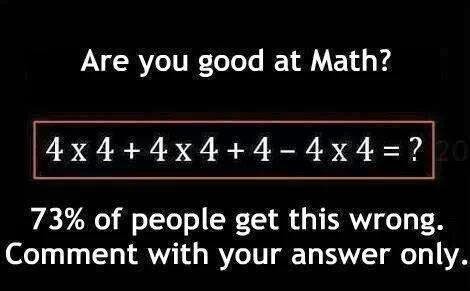 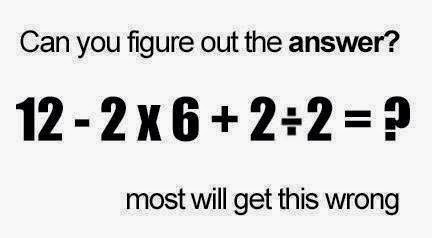 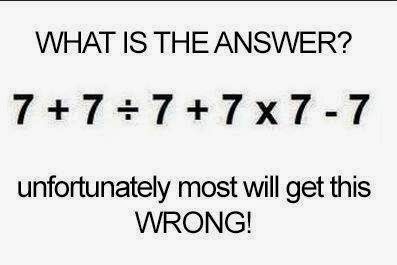